At what point do you let go? 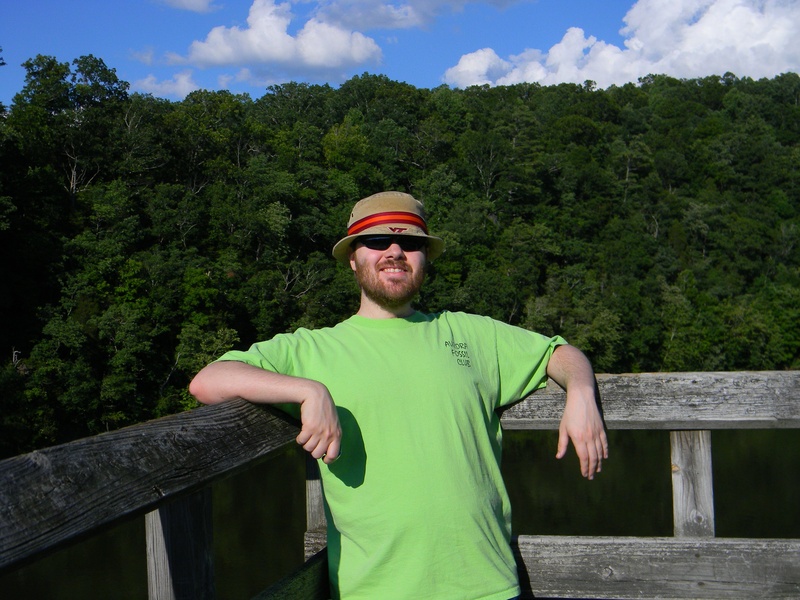 I do a lot of speaking engagements and I have been asked many questions about how I raised my son, Matt.  Many want to know how I was able to get my moderate / severe autistic child from a dire prognosis of institutionalization to his current independence.  Within that category is onequestion in particular that I have thought deeply on: How does a parent “let-go” of their child as they become an adult, knowing they could very well struggle or even fail?

You just don’t let go – ever.  Instead, we, as parents must step aside to make room for our child to spread those wings of independence, little by little, every day.  Parents are naturally a cautious lot, ready to swoop in and catch our children or pick them up and brush them off when they fall, but we never really “let go”.  We don’t walk away just because we are not holding their hand.  We stay within a safe distance so we can help if needed and give hugs when wanted.  Stepping back, giving room, watching proudly as the wings unfold, that's our job, that's our mission.  We know those wings will carry them from the nest and away from us one day …. But even if the distance is great we haven’t “let go”.

I would advise getting rid of that phrase, "letting go".  It feels bad, as if we dropped the ball or worse yet, abandoned our child in need.  Try using “giving him wings” instead.  It’s a positive, powerful phrase which states you are directing your energy toward teaching the skills for living freely, independently, as every human has a right to do.  Of course, with autism this can be a slower process than with a neurotypical child. The process can be so slow as to not notice even though you have already started – but you have.  “Giving him wings” is all about the tiny steps that happen slowly over many years….

The first step is to build up the wings – put the skills in place that can be used throughout a child’s life.  Skills such as learning to communicate, feeding themselves, walking alone, dressing themselves, and washing their hands. The list is as long as childhood. Every so often we then test those wings, feather by feather. One of my first big steps as a mom of an autistic child was simply letting him play without a constant eye on where he was and what he was doing.  Giving him time to be himself.  I never let go – I just moved out of his direct line of sight and listened to him play from around the corner of the door.  As I assured myself he was OK alone, that distance got longer, until I was watching him ride his big-wheel down the hill in the yard from my kitchen window.

These simple acts are our first steps as parents toward giving our child some room – some independence. Some are bigger steps than others - like the first time I let him go to the bathroom alone in a public place. I worried the entire time he was out of sight and behind that ominous “Men’s” room door.  I worried because I imagined what could happen to him in the blink of an eye.   As he grew older his wants changed, just as they do for every child, and as those new wants arrived I found a way to make them happen.  He wanted clothes that matched his peers, he wanted to choose his attire all by himself.  I showed him how to pick a set of clothes for the next day and set them out for the next morning.  He had no problem taking over what had been up to that point, my job. These small desires, like picking his own clothes, were the stirrings of dreams . . . dreams of independence.  Did I let go of him as he took on this new chore?  No… I never let go.  I just gave him a little more space to test those wings.

I remember the first sleep-over. As a video game ninja, I knew Matt would spend his night playing against his friend in a marathon gaming extravaganza. It would be all about the battles on the screen, drinking pop and eating junk food – all very normal desires and activities for a 13 year old.  But I worried.  I worried about him being alone if his friend tired of the game and went to bed.  I wondered if he would exhibit anger if he lost a game. I never slept a wink.  Matt made it home the next morning and went straight to bed – turned out he played the video game all night, long after his friend fell asleep.  He was tired – but immensely happy.  All that worry I experienced was well worth the smile on my son’s face.

Want to hear another?  How about the first time I let him go shopping on his own in a store and how my husband and I hid behind corners to spy on him to see what he would do to assure ourselves he would be OK.  Matt was in seventh heaven as he strode past the various toys because he knew he could stop and look at anything he wanted, he could even pick up any one of those toys for a closer look, and he could choose which aisle to browse. That type of freedom brings with it confidence and empowerment.  Put yourself in his shoes.  Wouldn’t it feel great?

Then there’s that parental need to prevent the fall, and never let them fail.  Of course we don’t want to see them fail, but we need to let them try something new even when failure is possible. Push their abilities a bit, see what they can do and what they can learn…. Lots of trial and error.  I remember Matt getting his first ATM card and teaching him how to use it.  How to look at a price, add tax and estimate if he had enough money on his card. And then, *gasp* I let him lose with it… knowing there was that possibility that he could rack up hundreds of dollars in overdraft fees if he didn’t understand how to use it or comprehend his limit on the available finances.  And yes, he failed a few times, he did get charged a few overdraft fees, but it was all worth it because it also presented “a teaching moment”.  You don’t yell, don’t go off the deep end –nope.  You teach.  You teach how it happened, and why.  Decisions have consequences - and what better way to teach that simple fact?

I remember the first time he was able to order his own chicken nuggets at McDonald’s and years later, his own pizza at Lil Caesars.  The joy of ordering for himself could be seen clearly on his face.  Only little kids have their mom’s do it for them.  Matt felt empowered – simply by stating, “Yes” when asked if he wanted fries with that.

Big steps, such as learning to tell time on his own watch, use his own cell phone, and even having his own bedroom were all big deals –and steps toward flexing those wings a bit more.  Empowerment and sheer happiness – that’s what came with each new endeavor – and I never did “let go”.  I watched year after year as he tested those beautiful wings.  I watched those wings get stronger with each new skill set, and regardless of just how strong those wings were getting, I still never let go.

When Matt was a teenager he got into water that was way above his head and he panicked to the point of near drowning.  Smacking his hands and screaming “Help?” Matt unbelievably held on until I could reach him. I came up behind him and slipped my arms around his chest and repeated in his ear over and over, “I won’t let go, Matt, I won’t let go”.  My legs soon tired of treading water with our combined weight and I wondered if we would make it, if we would survive …. The operative word here was “WE” because there was no way I was ever going to let go….. Ever…..regardless of what possible future lay ahead.  I was able to keep us going until help arrived (Was it adrenalin?  Was it an inner strength?).  As I laid down that night and repeatedly replayed the events over and over in my mind and shed the tears of relief, one thing was certain – I knew, without a doubt, I never would’ve let go…. Ever.

Matt is living in his own apartment now.  He’s transitioning with 5 days at his place and 2 days at mine.  I talk to him twice a day, every day.  I keep my eyes open for potential problems and fears.  I watch and I listen.  I’m ready to be there if and when he needs me.  With him living 20 minutes away you may think it’s time for me to let go – but that’s never gonna happen.  Matt is using his wings now – he’s flying.  I get to witness my son soar to new heights and feel the wind of freedom, real freedom.  But I haven’t let go.  I am still teaching him as much as I can, still trying to keep him focused on even more skills, and I am there for him –at any time - just in case an occasional storm pops up to knock him down.  It’s a parent thing.

It’s not an autism parent thing, just a parent thing.  My other children, after all, are grown, and using their wings too.  They soar to new heights and enjoy the freedom of adulthood. If they need me, I’ll be there, and they know this.  For Matt, building his wings up, trying them out and now using them to fly has been a longer road, a more focused road, and at times a more difficult one, but he can do it.  I know, because I gave him wings, taught him to fly, and now he is experiencing the freedom he only dreamed of as achild.  And I did it all without once ever letting go.