Not all who wander are lost - sometimes they're just autistic 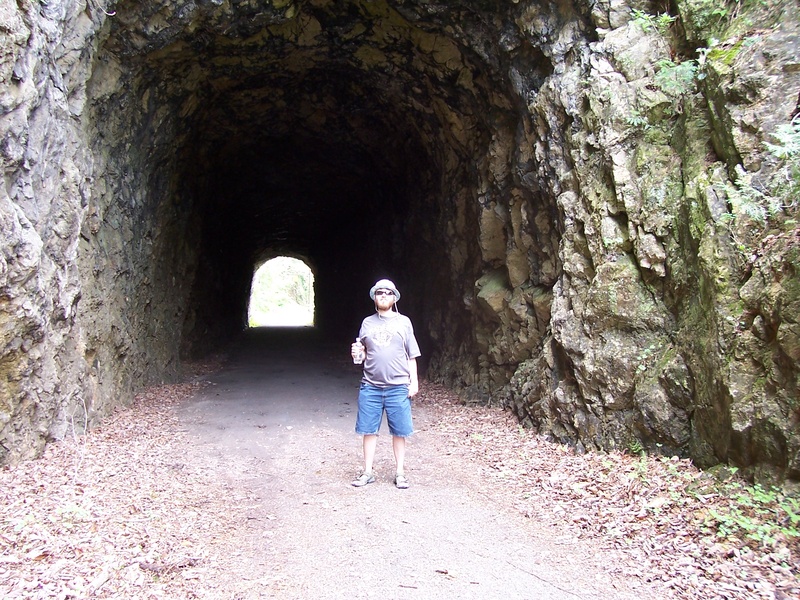 Recently I came across a bracelet in a magazine with this quote: “Not all those who wander are lost – J.R.R. Tolkien”.  It has stuck in my mind for days.  I have seen this quote many times before but for some reason this time it really hit home. My first thought was, “That’s right, some are just autistic!”

When Matt was young he used to wander.  It would happen when we were in a group of people such as a family gathering or at Cub Scouts.  If we were outside then Matt would slowly walk to the periphery and circle us.  He kept track of where we were with quick glances out of the corners of his eyes.  If we were indoors, Matt would walk from room to room until he found one void of people, bright lights and noise.  There he would occupy himself with a simple activity such as practicing expressions with his reflection in a window. He was never out of ear shot.  Yes, Matt wandered, but he was not lost.

Twenty years ago the professionals of the time told me this type of activity was because Matt was in his own little world, oblivious to the real world around him.  Nothing could be further from the truth.  Matt was choosing to be at a distance, sure, but not because he didn’t know we were there or didn’t think about our activity. Matt watched us in his subtle way, with quick eye flashes from the corner of his eyes, and he listened to us from a distance his ears could tolerate.  The distance was determined by the loudness of our group.  Matt’s sensitivity to bright lights and loud sounds was very challenging for him at family gatherings and special events consisting of 6 or more people.  Heck, it can get too much for me sometimes and I don’t have hypersensitivity for any of my 5 senses.

What most people didn’t realize was that Matt was learning the entire time.  He was deciphering facial expressions, body language and various inflections and tones of the many voices.  He listened to our laughter and a small smile would appear.  His hands slowly twisted this way and that as he strolled.  The slow twist meant he was comfortable . ..  and curious.  If he weren’t comfortable he would have screamed and his hands would’ve flapped much faster. If he were not curious he would walk further away and I would have to retrieve him.  There were several social gatherings where Matt kept flashing his eyes our direction and circling with no outward sign of distress.  These were the times when he was truly wandering.

The aloof nature of autism leads to many misconceptions about the mind of individuals on the spectrum. Labeled as “being in a world of their own” is one of the absolute worst.  Difficulty with communication and social interaction does not mean one is alien. Lack of eye contact does not mean they can’t see.  Wandering does not mean they are lost.

Twenty years ago the label suggested that the child was in a world different than ours and therefore unreachable.  The team of doctors on the day of Matt’sdiagnosis suggested we institutionalize him. This was based purely upon the false assumption of inaccessibility to his mind.  In their eyes he would be un-teachable because his mind would never grab the reality of his environment.  I knew this was fictitious.  I had watched Matt flash his eyes toward me – and smile.  He knew we were here – on the same planet, in the same world – together.  He knew.  Matt was not unreachable.

The lack of eye-contact was a misnomer also.  A lack of eye contact, really?  Matt watched everyone around him.  He knew what was going on even if he couldn’t understand it. He couldn’t look directly into my eyes for very long, as if to do so would cause him immense pain, but he could catch my eyes for brief moments during quick glances.  Each connection, each direct hit of eyes to eyes, was like a moment of clarity.  When our eyes connected we shared volumes of emotion and understanding.  When my older son shared eye contact it was this way too, and he does not have autism. The difference is that with my neurotypical son it happened so often and held so long that we took it instride.  It was natural.  Conversely, with Matt the eye contact happened so few and far between and for such a short moment, that each contact packed a bigger punch.  It’s hard to describe to someone who doesn’t have an autistic child, but I bet all the parents of a child with autism understand this very well.

Wandering doesn’t have to mean lost, either.  What may seem like a path to no-where may actually be a fact-finding mission done from the periphery of a group.  I do not see my autistic son as lost.  He never was.  He had trouble with communication and understanding of what was going on all around him, but together we conquer those hurdles.  Wandering was just his unique way to absorb and process all of the information thrown at him, at a rate conducive to his pace of learning. The more he learned the less he needed to wander.  Matt is young man now.  When we go for strolls and hikes and interact with the wonders of nature we leisurely wander together.

Not all those who wander are lost – sometimes they’re just autistic.  I think I might buy that bracelet.