When do you tell your autistic child they are autistic? 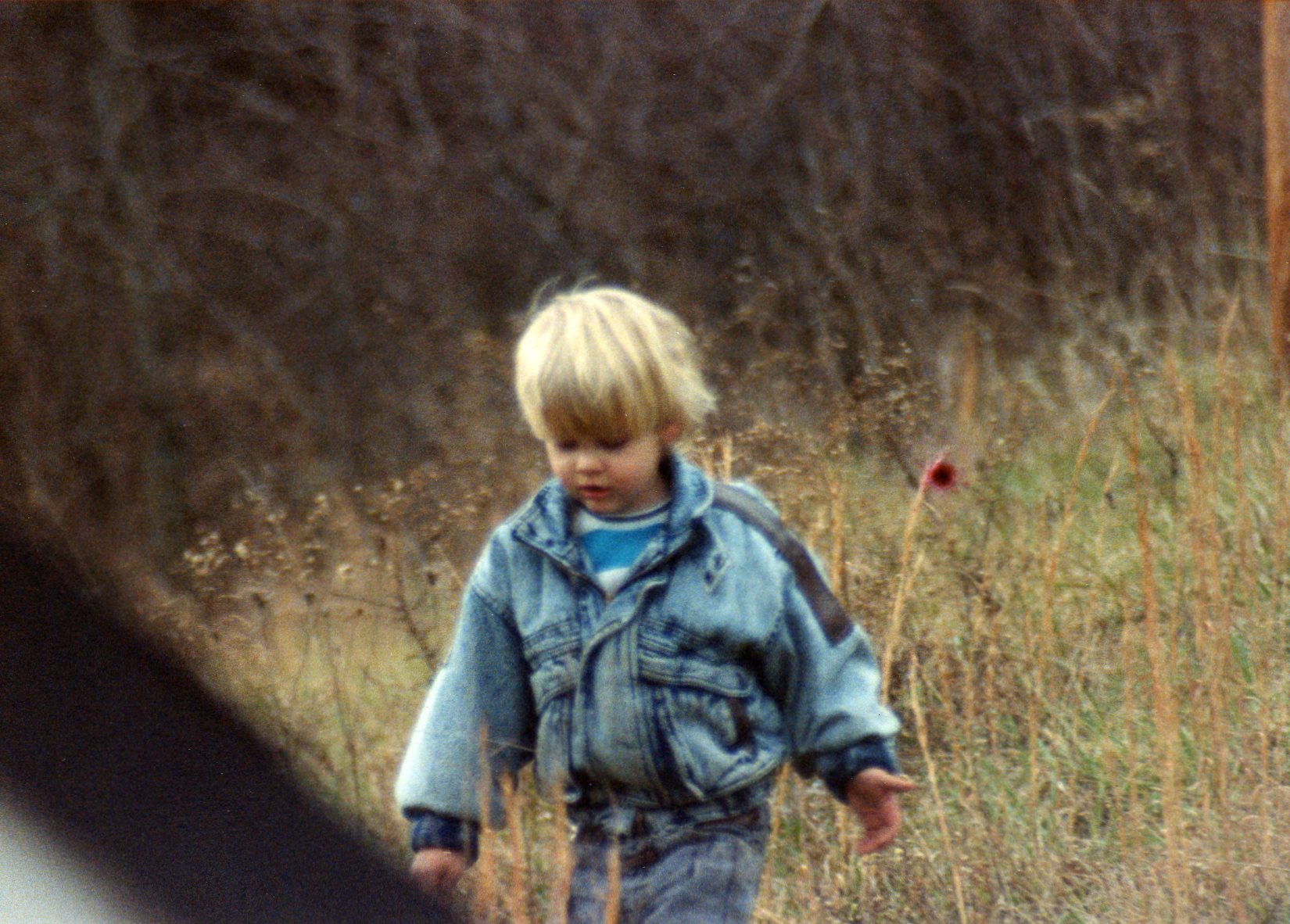 When do you tell your autistic child they are autistic?  When do you explain to them what autism is?  How do you know when the time is right?  I'm sure these are questions all parents face as they move through the years. The time for one may not be the time for another.  So, what’s the answer? Quite simply, the right time will eventually present itself.

Matt was still very young when I first used the word autism in his presence.  It finally dawned on me that autism was not something he or I should be ashamed of.  When Matt was only 8 years old I got my first opportunity to tell him he was autistic.  I noticed that he was more aware that other people were different from him.  He could tell he was not like his brothers or sister, nor like the other kids at school. One day he asked why he had an aide. He had noticed that his paraprofessional, who sat with him during class,was there with him every day.  Although she would help other children also, she was obviously there primarily for him.  Why did the other children get to sit by themselves?  Matt wanted a simple explanation for this perceived anomaly. I sat in silence for a moment trying to decide how to tell him.  This was my first fork in the road.  Do I explain to him what autism is?  Do I water it down and give him a simple answer? I had been expecting him to ask for some time and thought I was prepared, but I wasn’t.  My heart raced.  Clearly I was nervous.  “Matt, you have autism.” I began. “Autism?” he asked, using that quizzical inflection of his voice that I knew so well. “It means you need some extra help.” How lame. I skirted around an in-depth explanation, but I felt Matt didn’t seem to need more than that.  I had taken the low road - the easy way out. I would find out later how wrong I was.

Time went on. I started to notice more and more that when ever Matt overheard someone say the word “autism” in reference to him, his face scrunched up as if he had just had a whiff of something bad.  The word upset him. How many times had he heard this word at school? How often had he wondered why he was different? Clearly the word autism made him feel like he was some how less. I finally realized that by skirting around the question with my previous explanation I had most likely made him feel worse.

Matt was between 10 and 11 years old when I finally talked to him about autism - really talked.  He had been struggling with the concept of being different and he sure didn’t want to be any less than anyone else.  Speech therapy and aides made him stand out at school and his awareness of self at that age was really kicking in.  The “extra help” explanation just didn’t cut it anymore.  One day as we were driving home from school, Matt was talking aloud to himself – a very common autistic behavior - and I heard him say in a disgusted voice, “I don’t like autism”. I calmly asked, “Do you know what that word means?”  “No!” He was quick to reply, “What’s autism?”  We had just arrived at the next fork in the road; do I explain autism this time, really explain it, or do I give him the watered down version again?  I knew Matt was smart, that he could probably handle a real explanation, but part of me still thought of him as too young to have the whole mess dumped in his lap. Since Matt had actually asked specifically about autism, I decided that  meant he was ready for some straight answers. I decided to take the high road.

“Autism means that when you were young your brain was injured.” I said, patting him on the head. Matt had taken biology - he knew where his brain was.  His face scrunched up – a sign that he was thinking about what I had just said and didn’t like it – not one bit!  “My brain was injured!?”  He stated in a voice filled with shock and yet very matter-of-fact.  I knew he was really trying to understand.  I could tell he needed time to mull things over and we sat in silence for the next few minutes until we arrived home.

Matt got out of the car and headed straight to his room.  I thought about our conversation. Had I really just told my youngest son that his brain was injured?  I berated myself for having said it, thinking of how awful Matt must feel.  I gathered my courage and headed for his bedroom. Matt was watching a video, drawing cartoon characters, and talking to himself.  I sat down on his bed and asked him to sit with me. I took a deep breath, gave Matt a hug and started my second attempt at explaining autism.  “Matt, you know you are autistic, right?", I asked.  “I don’t like autism”, he quickly replied.  “Autism is not a bad thing, Matt.”  Did I really mean that?  “Remember when I told you that when you were little you hurt your brain?” I asked. “Yes”, he replied, with a hint of sadness in his voice.  “Did you know that the human brain is really cool?” I asked. “Huh?” He was intrigued. “Yep, the brain is very cool.  When one area of the brain gets hurt another area of the brain takes over.  Sometimes it takes a while, but the brain tries very hard to fix itself”.  Matt looked at me for a split second - a quick glance at my face, trying to decide if I was telling him the truth.  “Some things are hard to learn because the brain is trying to think of a new way to do it, but the brain does find a way to learn, Matt.” I had just captured Matt’s full attention.  "How did I hurt my brain?" he asked. "Well, we just don't know for sure.  Not even your doctor knows how."  He could see on my face this was true.  "But we have been working very hard to fix the problem, and that's why you have speech and that's why you have an aide at school."

Evidently, I hit upon what Matt really wanted - what he NEEDED to know – that he was different because of an injury - an accident - not something he did wrong.  He needed to know he had a reason to be different, that there was hope, that his brain could still learn the things he wanted to learn, and that he would be O.K.  I continued on for a good long while, telling him about all the new things he had learned since he was 2 years old.  I gave him examples of autistic behaviors and emphasized how he had overcome so many. Matt listened intently.  Some of his behaviors from when he was young he couldn’t remember, like hand-flapping, spinning, and sleeping on the floor of my bedroom.  I emphasized over and over how proud I was - how proud everyone was - of his specific accomplishments.  As he listened, I imagined him marking each of those behaviors off a mental list. I could tell he was absorbing everything I was saying. I also told him that autism had a special feature – his artistic gift.  I pointed to his drawings and remarked on his accuracy and his use of perspective. I compared his art to that of the other children his age and made sure he knew – absolutely knew – that his art was uniquely special.

It was a good talk.  I felt better about how I handled the topic and more importantly, Matt felt better about himself.  From that point on when ever Matt came upon something difficult to learn he could realize that his brain was working hard to find another way to understand.  Matt now knew there was a reason for the differences he saw when he compared himself to others. He made it his mission to try to do what others did, and this pushed him to drop more and more autistic behaviors. The years that followed were filled with goals Matt made for himself. He had an image of himself he wanted to attain.  Matt worked very hard to be Matt.

Over the years we have pointed out his special gifts and discussed his future in terms of challenges and goals.  Matt continues to meet those challenges head-on, without showing fear, and with a determination of a man on a mission.  His progress toward his goal of independence began that day so long ago, sitting on his bed and discussing autism.  Of course, there have been tearful days too, days when a very frustrated Matt has cried, “I hate my brain!”. But there have been even more days of hearing a very proud and triumphant “YES!” when he is sucessful and accomplishes a goal.

We don’t dwell on the negative aspects of autism anymore.  Instead, we use the term more as a reaffirmation of Matt’s wonderfully unique qualities.  Matt likes who he is.  He doesn’t see himself as handicapped and neither do we – the ever expanding group of people who know and love him. Autism - the word just isn’t as foreboding as it used to be.  It has evolved to become more associated with the term unique.

I know every parent at some point has to explain to their autistic child what autism is. Personally, I’m thankful that particular hurdle has been crossed. I can still remember the terrible anxiety I felt leading up to our talk. For those of you who have yet to explain autism, my only advice is to be kind to yourself.  It’s a hard topic and you will get through it. Realize that it may take a few attempts. Explain autism in your own way, one that is comfortable for both you and your child. Stress that they’re just different, not less. And keep in mind that the human brain is a miraculous organ.  It will try to find a way to make new connections to replace those that were lost. What is autism?  Autism is when the mind attempts to find a different and unique way to learn and understand this world.

Given the right tools and a loving environment, it will.